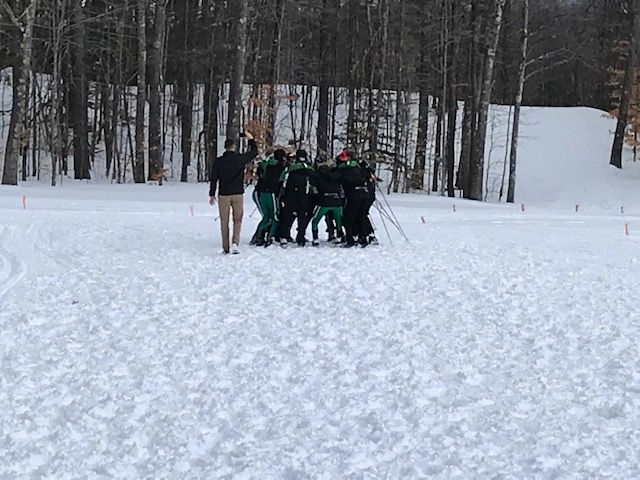 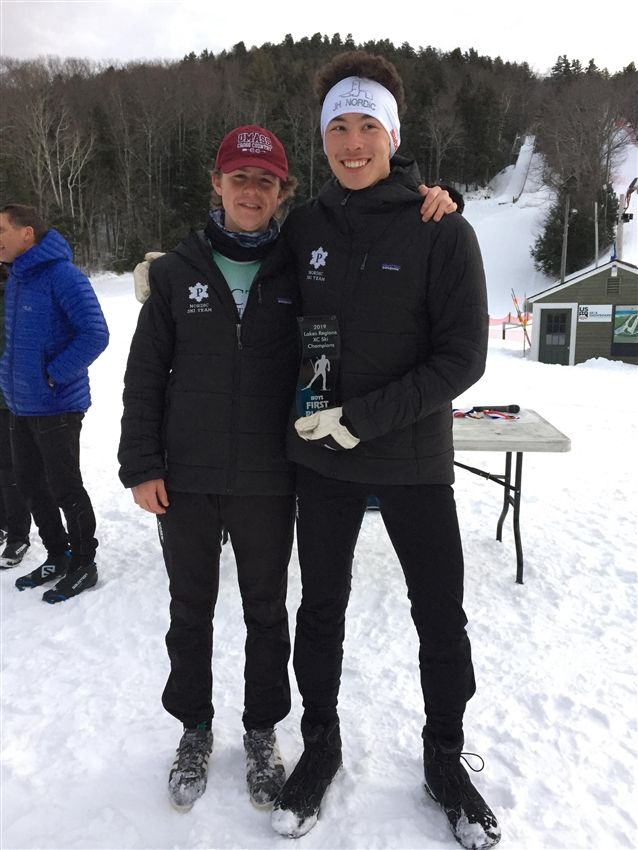 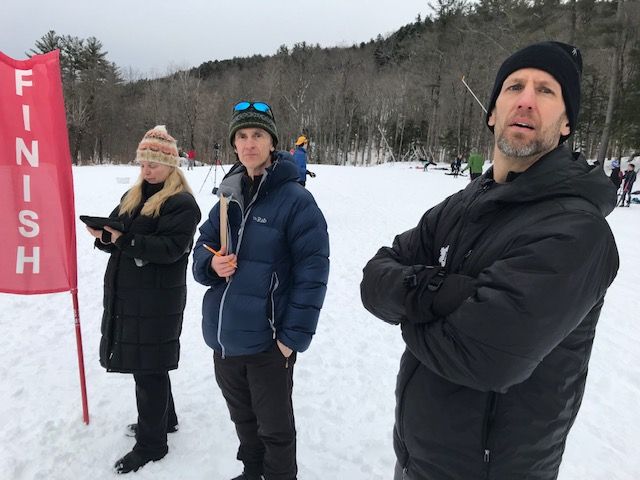 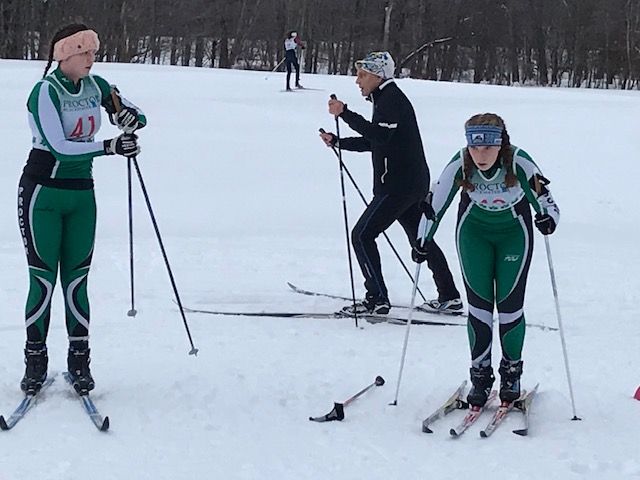 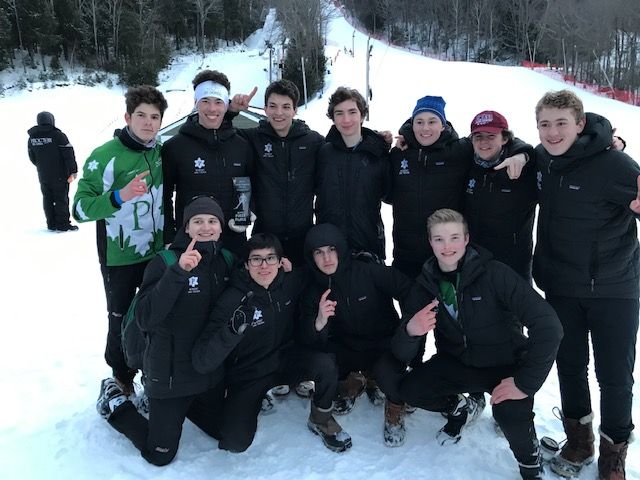 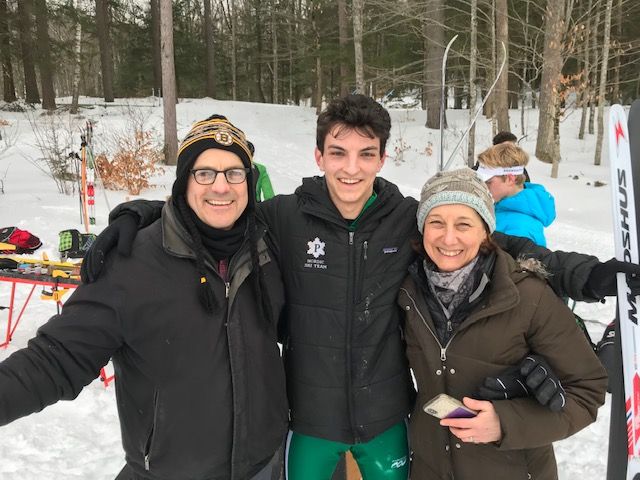 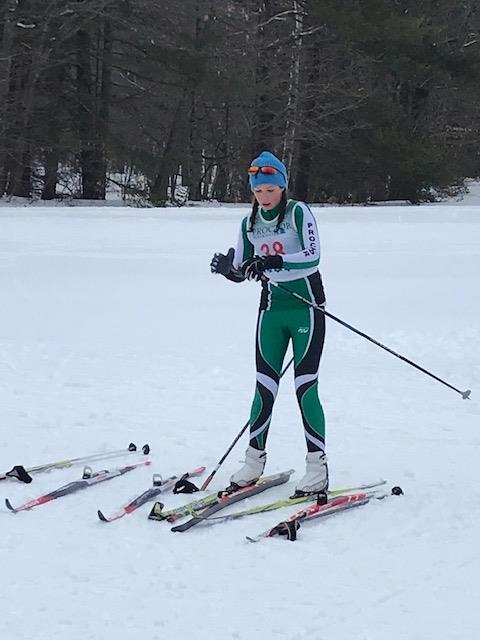 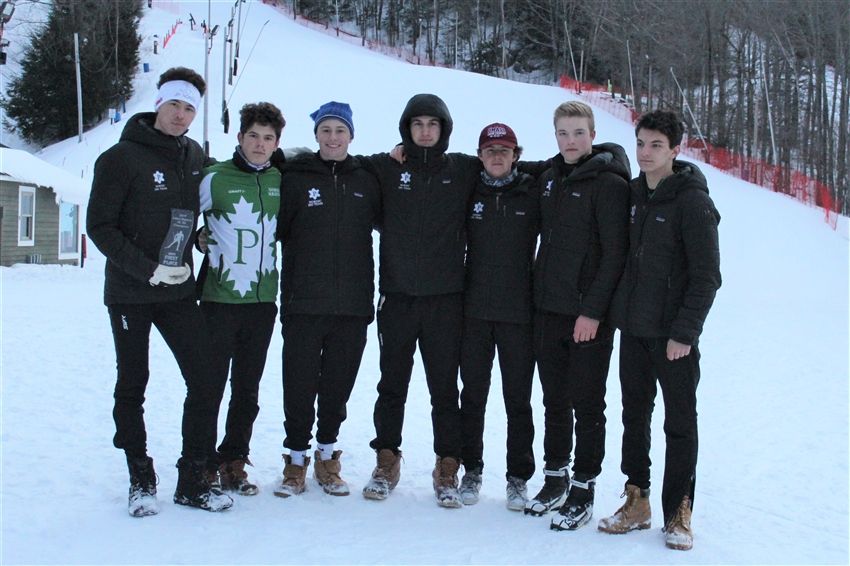 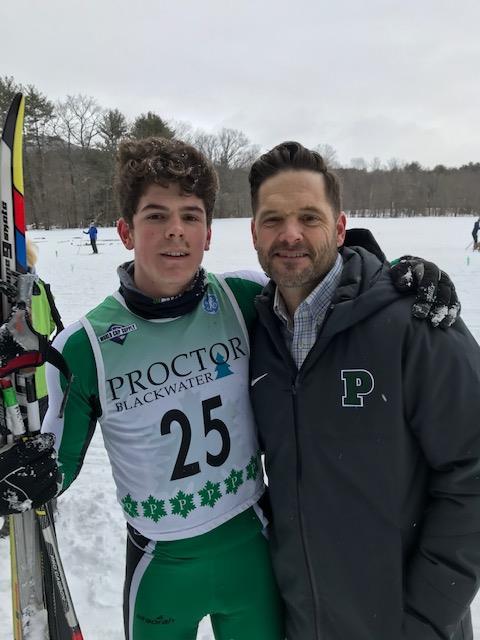 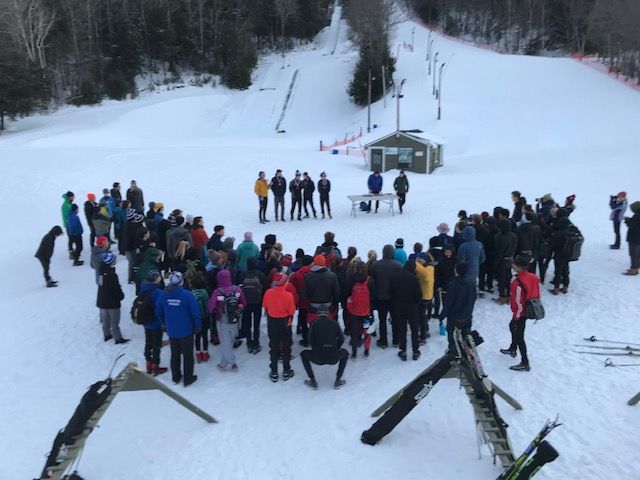 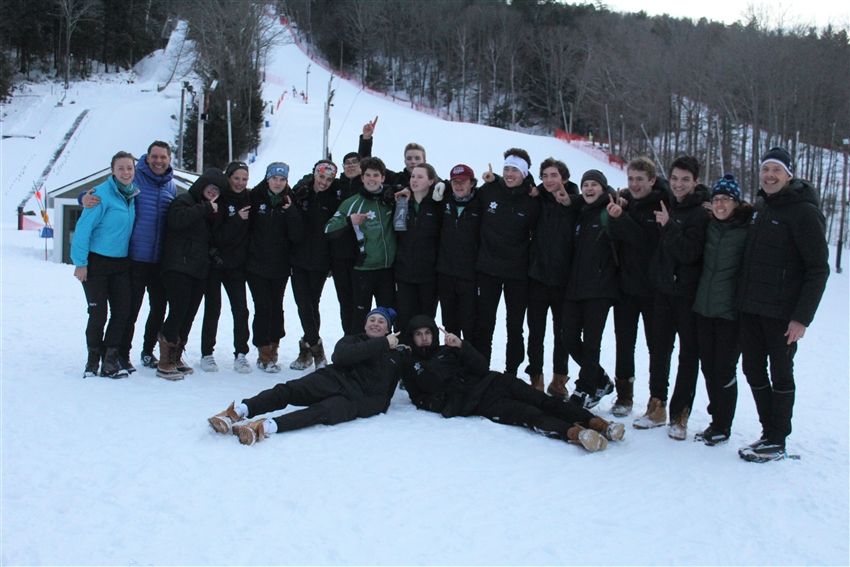 2/13/2019
Coming into the LR Championship, the boys held a narrow lead over Belmont Hill School, but the standings were close enough that whoever won this race would take home the title.  The boys were focused and way up for this race, a fun format where the racers skied classic technique for 2.5 kilometers, switched skis and poles, and skated another 2.5 km.  We had practiced classic skiing in skate boots and love our home course advantage, but tension was high with a fall or small mistake possibly making the difference between the title or runner up.

Coach Morison had coaxed all he could out of a relatively inexperienced but athletic group of boys, and we'd performed very well, but we had to deliver on this warm afternoon on a soft race course, recently groomed after about six inches of snow the night before.  Big shout out to Garry & Adam, groomers extraordinaire, plus our good friend Greg Allen who worked hard alongside Buz to set tracks & prep a beautiful course.

The boys raced first and co-captain Alex Muronmcew, our number one dog, had to battle to stay close to the top Belmont Hill skiers who hover around the top five most races.  Alex finished the classic course around 6th place and did all he could to hold his form.  After his ski & pole exchange, he  later realized he had left one classic ski on for his final skate lap - he showed his stuff with a super effort.  He miraculously earned a top ten finish.  The next wave of Proctor boys absolutely brought the house down with their performance on this day as they skied full on & flat out for each other.  Ryan Methven, a two year skier who is incredibly scoring for us after so little time on skis, showed his grit and mettle by coming in soon after Alex, and he was bolstered by a strong performance by junior Will Hench, Asher Whittemore (skiing while sick), Matt Bent, Nelson Makechnie, and Myles Powers.  While only the top four skiers score, all skiers can displace another team's skiers and so we did, earning 44 points to Belmont HIll's 42 (unofficial).  The team was buoyed by the efforts and energy of Augie Mueller, Reid Sias, Baxter Curry, Colin Shaver, and Cole Schwabacher.

Our four girls again brought their enthusiasm and fast-improving technique to their race, as Aubry Ashby led the way followed by Maura Kelly, Madeline Boyd, and Ella Barney. Laughing about the gold medal that got away, they are great teammates, fun to be around, and we are excited about what they'll bring to the future.

Lots of people helped make today happen and we hope some of you watched the race on the livestream thanks to the work of James Cox who also stepped in to help with the timing along with coach Sarah Daney.  We had all sorts of course & timing volunteers from the faculty and staff.  Parents came to support our skiers, and many parents contributed to our 'food fund' which keeps us in snacks - critical through the long winter!  Today, super parents Jen & Doug Bent cooked burgers, dogs, and chili for the team to enjoy after the race - just perfect.

The team gathered outside the lodge to hear the individual awards.  An oversight in the scoring meant that the team celebrated a victory only to have Belmont Hill deservedly earning the boys' crown for the 2019 season later that night when the results were double checked.  Congratulations to them for skiing so well. We will have to take solace in 2nd place and the chance to do better at the New England Championships a week from today. Check out video posted on the Proctor Academy Instagram account as well.
Back
Tweets by @proctoracademy