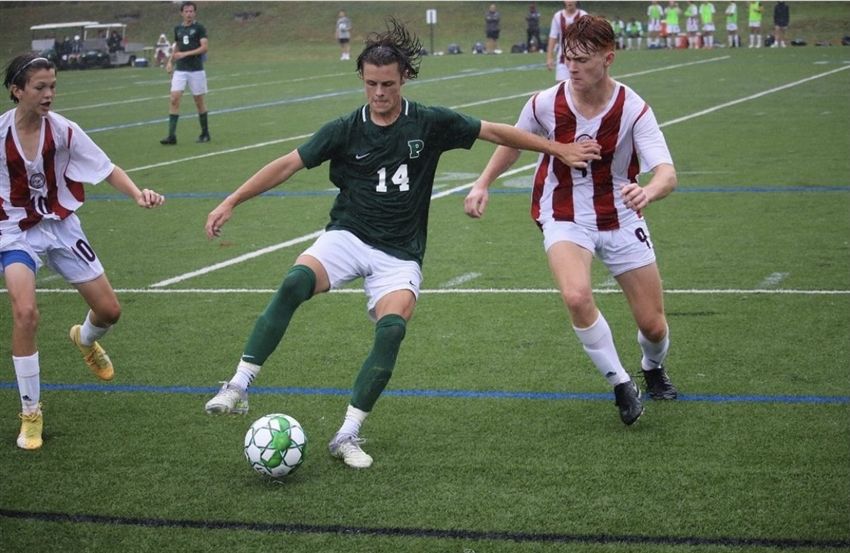 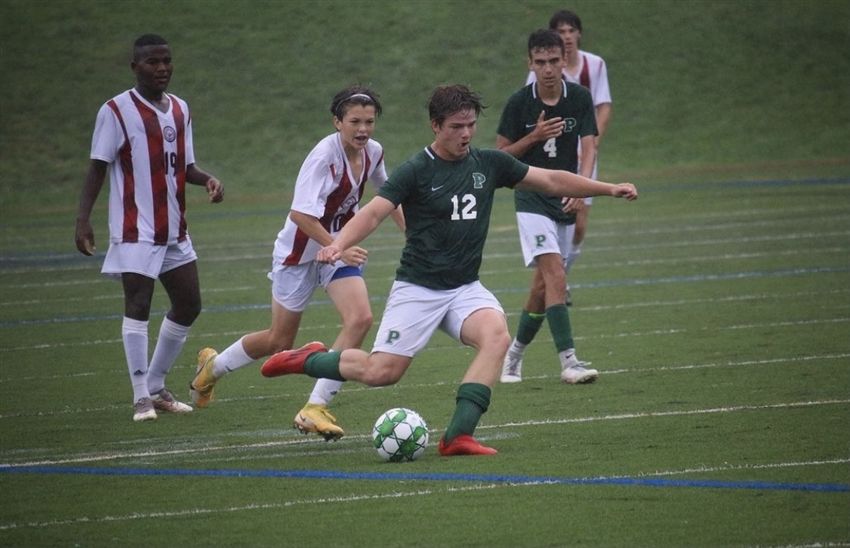 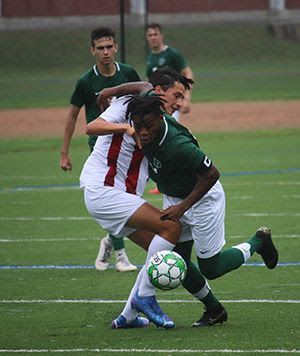 9/22/2021
Ragged Mountain, shrouded in clouds on this misty & wet day, was hidden from view, but the character of the 2021 team was on full display in our season opener on the middle of Proctor’s campus.
Knowing we might surrender more possession, we worked to keep our focus and shape to limit some talented LA midfielders and defenders. The first half started in Proctor’s favor with new hornets Eric Edmonds and Oz Atwood playing alongside returners and captains Henry Krehbiel and Pape Diop. Adam Radwan and Jackson Etheridge  brought energy off the bench and helped cover our big pitch.
After 20 minutes Lawrence turned up the heat and took some momentum, but Proctor goalie Nick Flanigan wasn’t tested before the half ended nil-nil. His defenders were a big reason for Proctor’s clean sheet and seniors Trey Chickering, Tate Matte, and Aidan Botti benefitted from the addition of junior Cal Wilby in the middle and they stood tall against some pressure by the LA strikers who had numerous outside shots but few sniffs of our goal.
The hornets midfield was anchored by Augie Oberting and Owen Kreisler who played smartly in tandem and covered acres on the day. Their central work was bolstered with the injection of seniors Ciaran Britton and Reed Martin who delivered critical minutes.
The tie score was broken twelve minutes into the second frame when Owen KIreisler won a 50/50 ball, slid it wide to Edmonds who corraled & ubered the orb, on a platter, onto the goalie’s doorstep where Krehbiel pounced and buried the biscuit.
The Lawrence coach noted after the game, “Your guys battled.” And we did. We saw plenty of grit and fight and we settled into our roles. One game is only just that, but we saw glimpses of where our team can go.

The team will travel all the way to Albany NY on Sunday for an invitational game vs. Millbrook School, before two Lakes Region matches next week.
Back
Tweets by @proctoracademy