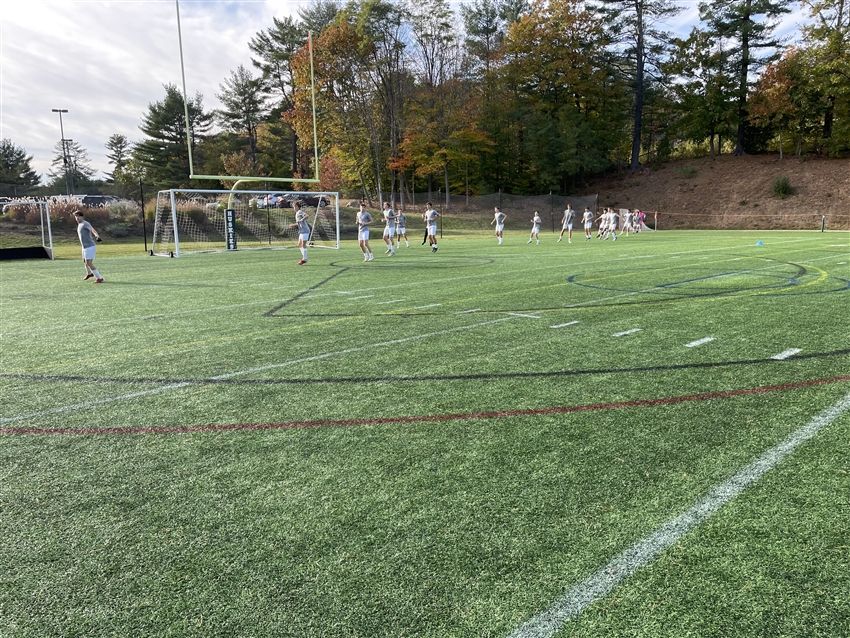 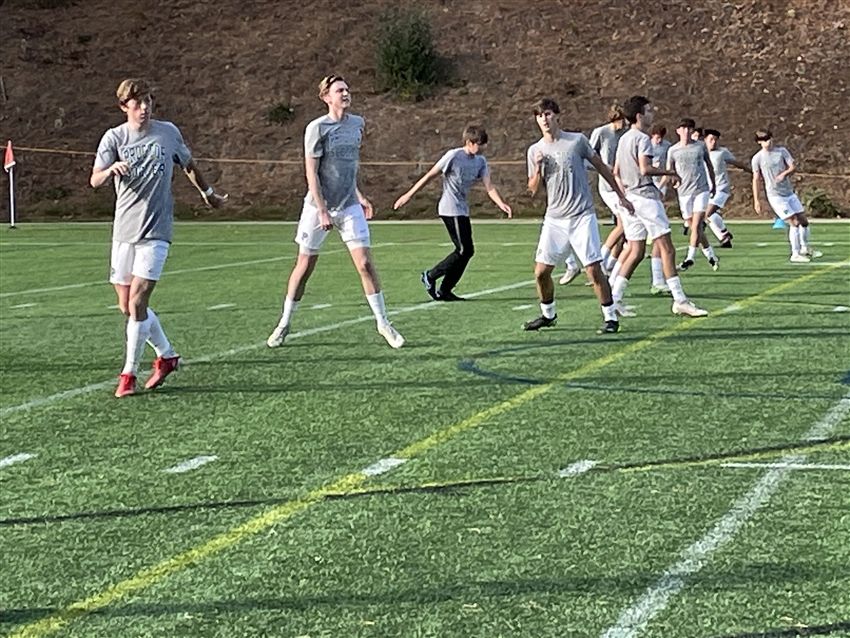 Hornets Rally For Tie with Huskies

10/20/2021
Some days are like that. Difficult, but you pick yourself up and carry on. Give credit to a fast and hungry New Hampton team that capitalized on the few chances presented them. We worked hard but couldn't quite find the finishing touch to score despite controlling much of the second half and outshooting our opponents.

Proctor scored first in the 24th minute when midfielder Owen Kreisler ('23) slipped a ball past the backs into the path of Henry Krehbiel ('23) who scored on a high shot that the diving keeper just got his fingers on. The half ended there with pretty even possession.

New Hampton scored twice at the 55 and 75 minute marks but we hung tough, with numerous chances and some frustration, to knot the game with nine minutes left when hard-charging Reed Martin ('22) finished a ball off an Eric Edmonds ('23) corner kick. We need to learn about playing good team soccer when we're tired and about not trying to do too much when the pressure is on.

The coaches were pleased again with our efforts and resilience on a day we felt we should have won. Heads were hanging some after the game, but such is life and how we respond in practice tomorrow and continue to support each other is what matters. The head referee came to both the Proctor coaches after the game in praise of the behavior and conduct of our team.

Hard work can't assure the desired outcome, but we know life is better when you can appreciate effort, encourage those around you, and show up trying to be a little bit better the next time.
Back
Tweets by @proctoracademy