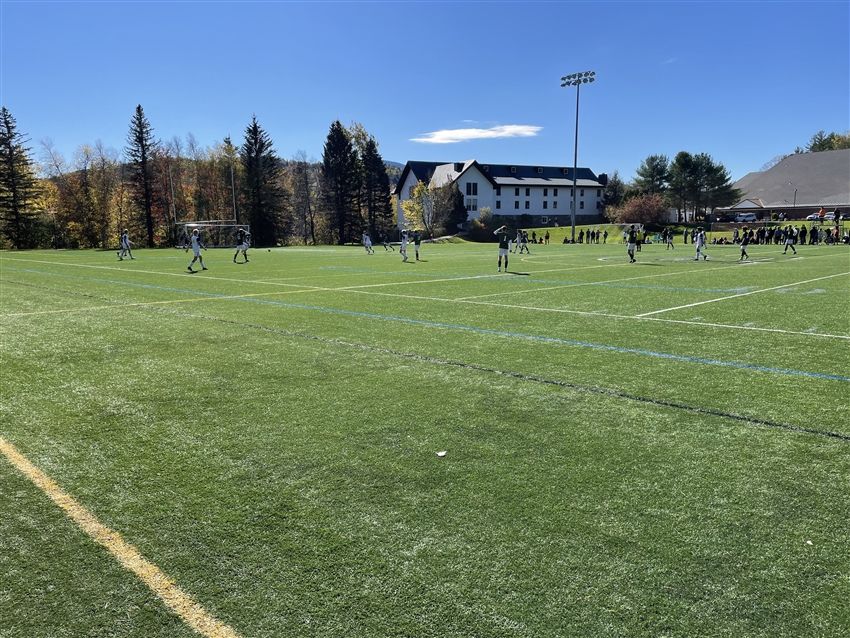 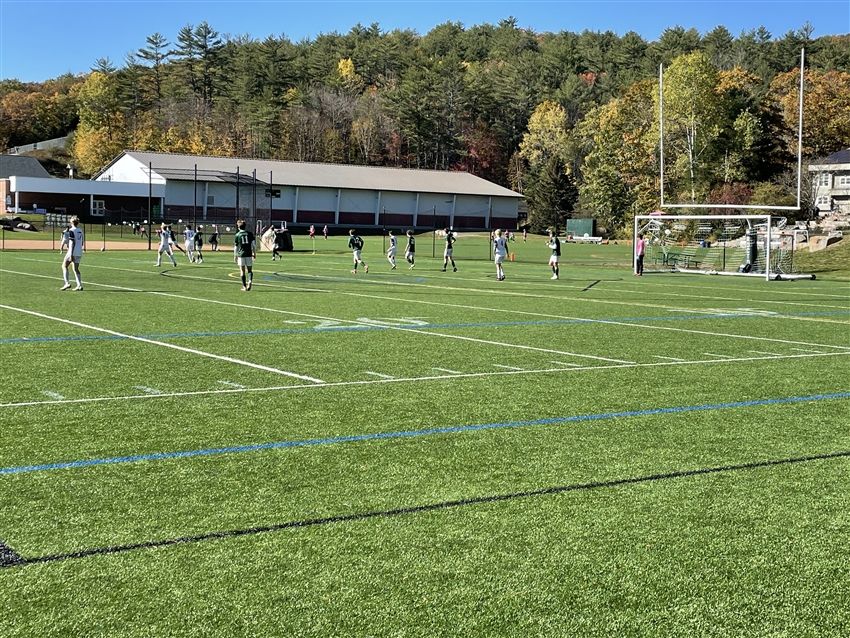 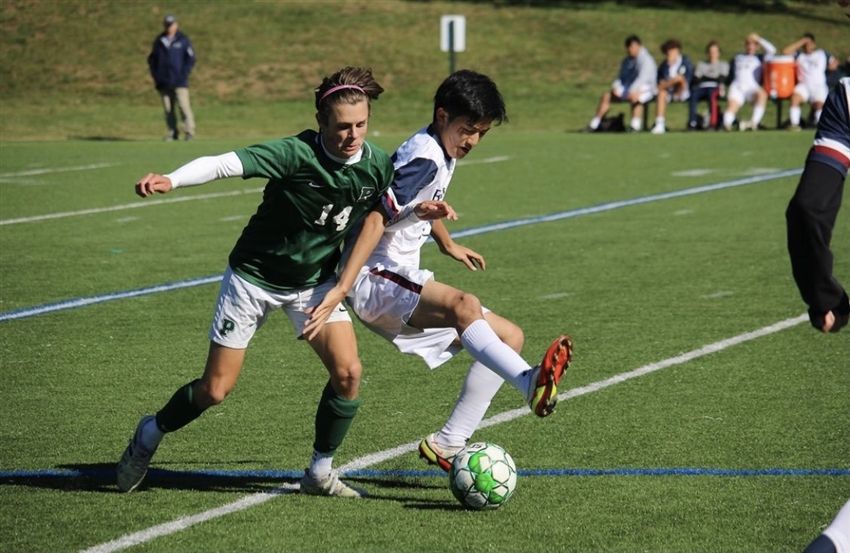 10/23/2021
The first match, on Brewster's home turf, was a gut punch loss - our first of the season & a 4-0 drubbing as we hadn't figured out who we were. On top of unsatisfactory play on the field, we were rattled by the environment and learned how much better we are when positive & focused on the factors we control: our attitude and effort. So the rematch was a 1:00 game time on a sunny, mid 50s day as the broad shoulders of Ragged Mountain still boasted yellows & brown hues and hints of coming winter.
This time, of course we knew what we faced: an exceptional center midfielder and skilled strikers who moved the ball precisely & quickly. After the final whistle blew, this win was much about grit and resilience.
We have to start with our defenders, pressured and under siege all day, who made the difference. Goalkeeper Nick Flanigan, dazzling in pink ('22), was steady and cool under pressure in corraling crosses and putting his body behind all but one shot from field play. Center backs Cal WIlby ('23), Trey Chickering ('22), and Augie Oberting ('23) were relentless and organized in keeping Brewster at bay as very few shots came from close range. Outside backs Tate Matte ('22) and Aidan Botti ('22) snuffed threats from out wide with speed & solid positional play.
It was 8 minutes into the fray when captain Henry Krehbiel ('23) lined up a free-kick from 22 yards and his short side serving deflected into the twine for a jolt of momentum. The play was balanced in the early going and as we had seen, Brewster is patient in their build-up with dangerous forwards probing in the middle as well as on the wings. Just after 20 minutes in, central mid Eric Edmonds ('22) settled a ball from partner Chickering and launched a lefty lazer from 30 yards that knuckled into the onion bag for a two-goal lead.
Just minutes before the half, Brewster stole back momentum. The Bobcats never quit and flashed their scoring potential after a nifty give & go put their leading scorer in position to shoot from six yards that Flanigan never had a chance on.  It was at 63 minutes when striker Oz Atwood ('23), recovering from illness, took the game and the team onto his back with a long run, ball on his foot and two defenders in his path, and cooly slotted in the game winner with his left foot. Big-time goal.
Just 7 minutes later, Brewster lined up a corner kick and incredibly curled the ball straight into the far side netting to ratchet up the tension as we stared at the final 20 minutes. Scratching and clawing in defense, we weathered the Bobcat crosses and snuffed out all threats. Of note, energy guy Augie Oberting ('22) was pivotal in changing the course of the game along with Pape Diop ('22). Off the bench, the Hornets hummed when Wes Koziol ('22), Nate Howell ('23), Kael Reynoso ('23), Ciaran Britton ('22), Jackson Etheridge ('24), and An Nguyen ('23) turned up our intensity.
The team was tested again by distractions, as the world typically offers, and took steps in understanding who we are and how to succeed. The week ahead brings Holderness to campus on Wednesday before we make the long trek to Maine to meet the PG school Bridgton next Saturday.
Back
Tweets by @proctoracademy