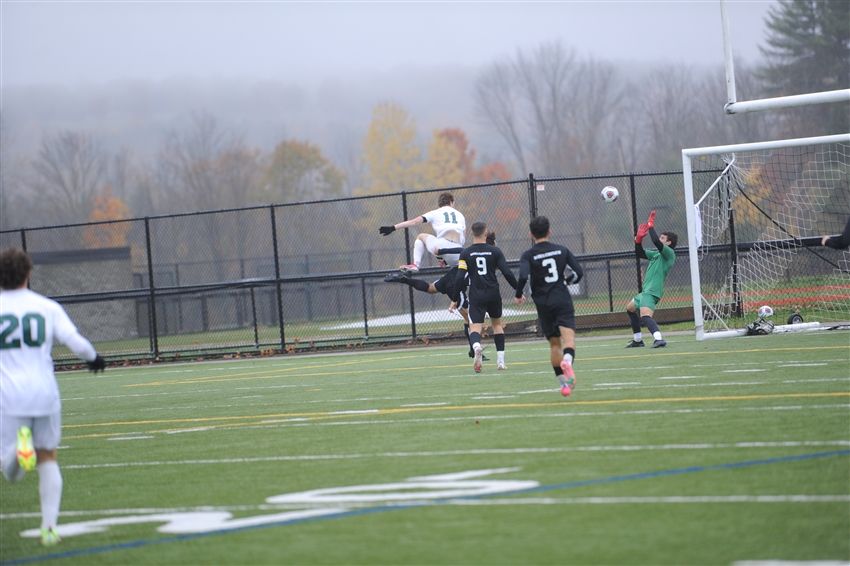 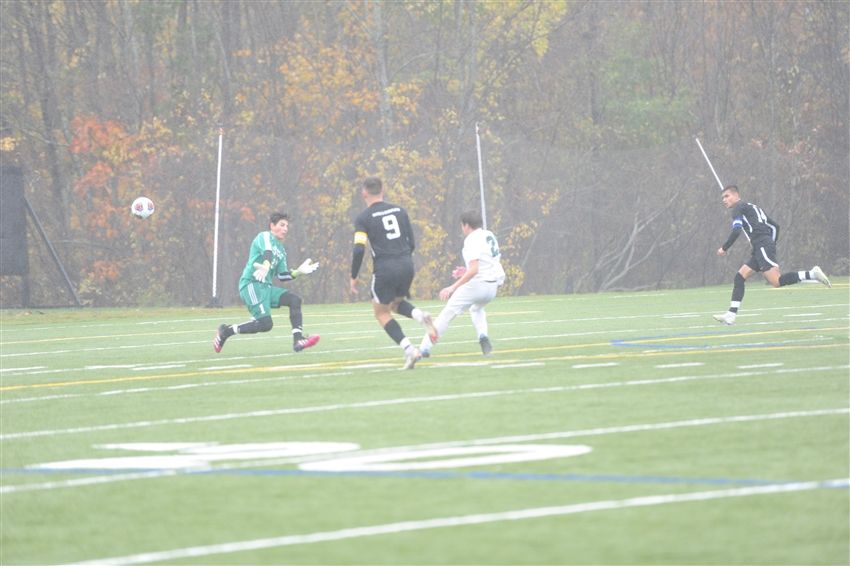 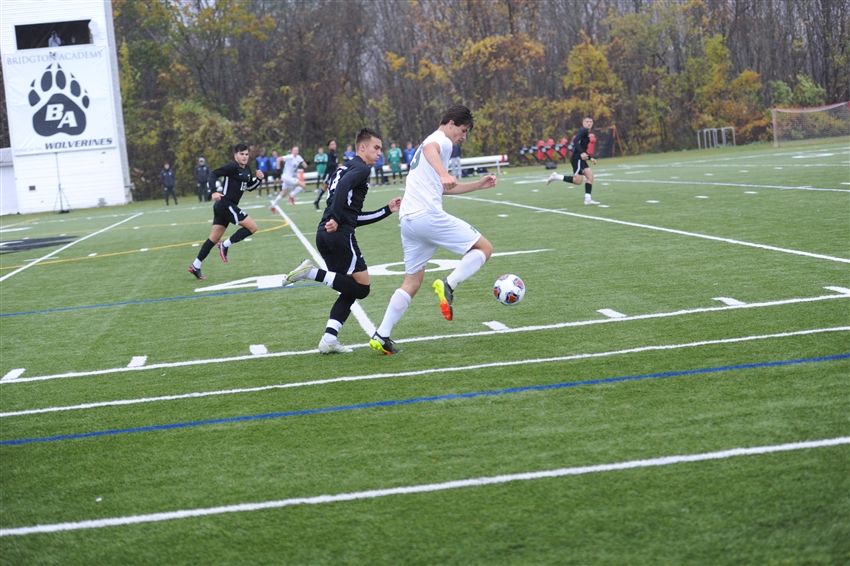 10/30/2021
Facing the best team (a post-graduate school) either Proctor coach has seen in a few seasons, Proctor had its hands full on a misty, rainy day in Maine. We traveled with a reduced squad to help ward off hypothermia, and despite the score, we were proud of the tenacity of our team after facing a deep and talented opponent.

We blasted out of the gates quickly as just over a minute into the contest, senior Reed Martin battled and pushed a ball deep into the corner on his right-wing and lofted a sweet, floating cross to the far post and onto the head of sprinting left-wing Henry Krehbiel ('23) to mash high into the twines. Bridgton, playing its 20th game of the season (they have prep school and college JV teams on their schedule), answered quickly after their skilled forwards again penetrated to our end line and crossed a ball that was flicked into our net. Bridgton played patiently in their buildup and used speed on the outside to keep our backline under pressure and scored three more times before the halftime break.

An adjusted formation and a recommitment to playing all out for each other helped in the second half and both teams scored just once in the final frame. Proctor got on the board after some high pressure and just-returned-from-injury Will Hotz ('23) pounced on a loose ball before calmly finishing his shot from 25 yards out. He's one for one on goals from shots this season - flawless. The team regroups for our final two weeks of the season and hosts powerful Vermont Academy on Wednesday under the flanks of Ragged Mountain.
Back
Tweets by @proctoracademy