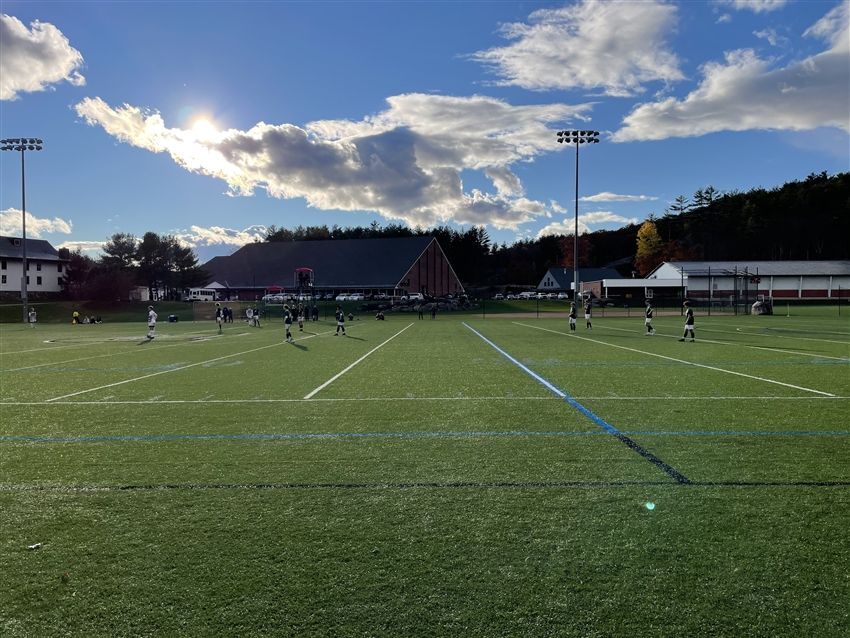 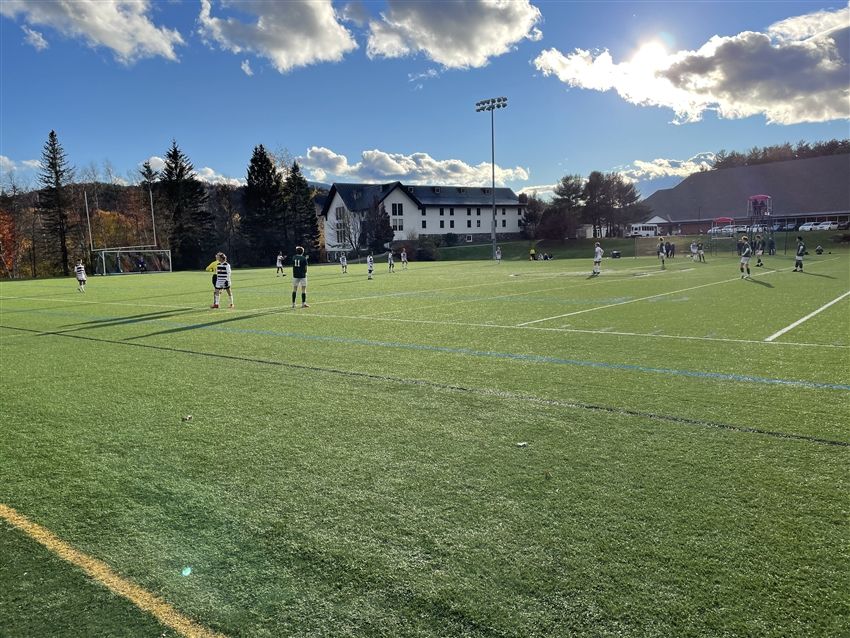 A Tale of Two Halfs. Halves?

11/3/2021
In a rematch with a potent Vermont Academy squad on a chilly fall day, the contest started out well with Proctor earning more scoring chances and possession in the first forty minutes. With energy and effective through balls, the guys in green played on their front foot until VA scored in the 39th minute on a strong header off a corner kick.
Midway through the second frame, with Vermont taking momentum and the Hornets slowing, an own goal made our task that much tougher before the Saxtons River crew scored two impressive goals to ice the game.
Hats off to our opponents who were better on the day.
Proctor got huge efforts from our backline of Ciaran Britton, Cal Wilby, Tate Matte, and Nick Marrocco. Nick Flanigan was again steady in goal and settled our defenders. In the middle of the pitch, juniors Eric Edmonds, An Nguyen, and Augie Oberting were everywhere, marking and transitioning. It was great to have Adam Radwan, Will Hotz, Kael Reynoso, Nate Howell, Owen Kreisler, and Thomas Berger bringing us energy when needed. Next up, the Hornets have their last home game vs. St Paul's School.
Back
Tweets by @proctoracademy