4/13/2014
I operate on the misapprehension that people who read this site expect a new post twice a week. Therefore, when my computer hard drive "pooped out" (as Anna was kind enough to describe it to me, knowing my technology IQ falls a standard deviation below the mean) a week ago, my blood pressure rose a standard deviation above the mean. Much has happened since my last post, including significant snow melt. 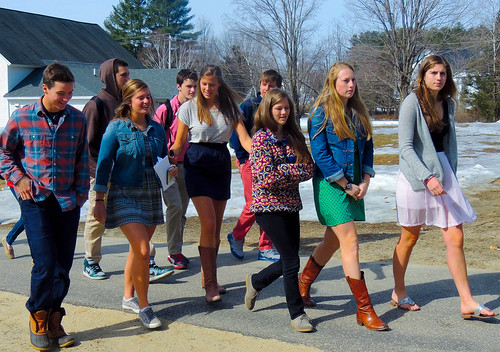 Early in the week--before warm temperatures ensured the termination of the maple sugar season--Woods Team gathered one last time at the sugarbush on the north slope of Patterson Hill. Notice, in the background, how Sean is drinking sap directly from taps! 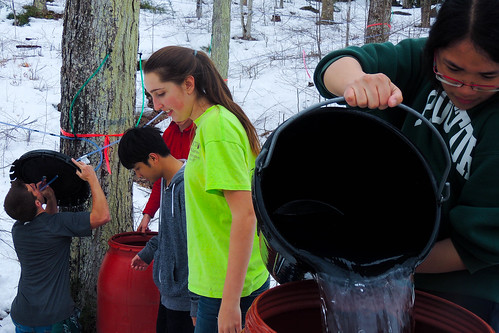 Barrels of cold, sweet sap are moved on a makeshift sled. 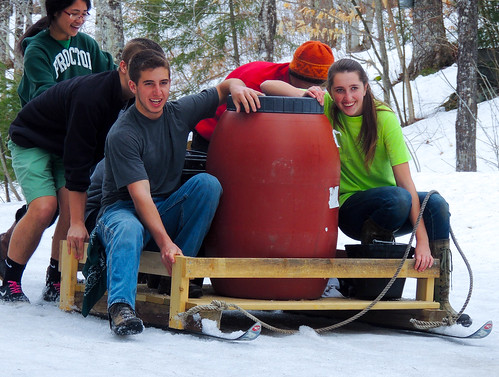 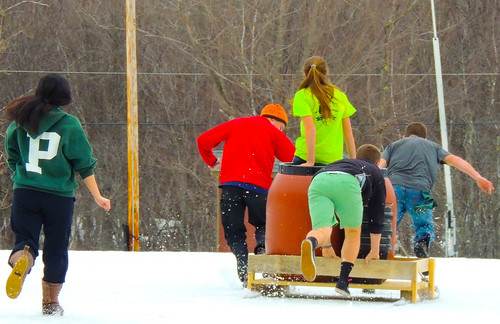 Back at the Sugar House, hard work is rewarded with maple candy chilled on a tray of snow. 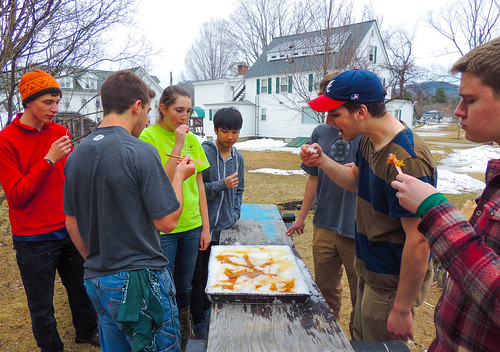 We were treated to some great music last week, as internationally acclaimed jazz trumpter Tiger Okoshi entertained with Bill and Josh in Monday's assembly.... 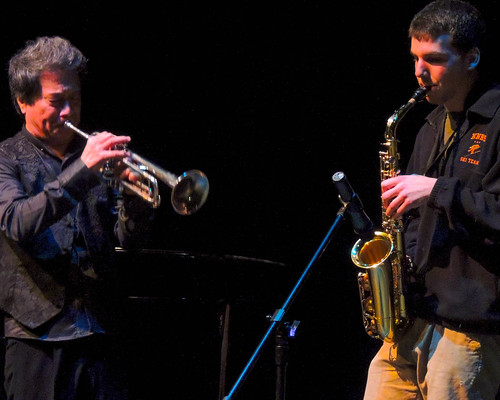 ...and the jazz/rock ensemble performed for the final Revisit Day, Tuesday. 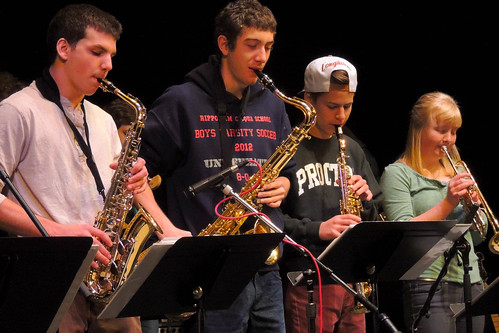 Those "revisitors" caught the Proctor spirit! 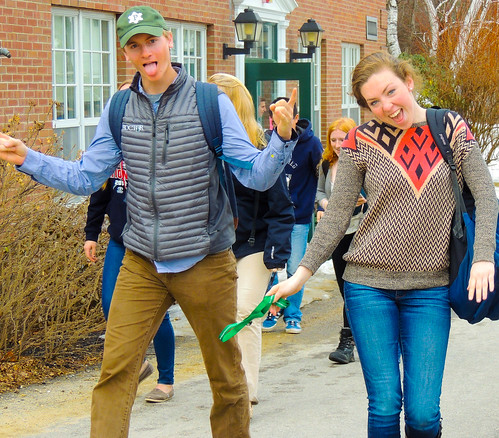 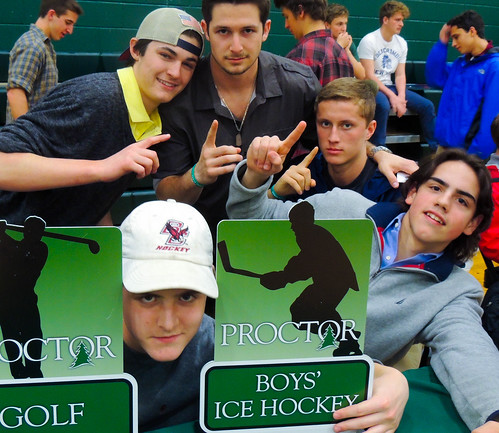 Adolescents have always crafted their own vocabularies, and a small boarding school community invites the creation of local jargon and even terms favored by specific teams, dorms and peer clusters. The little "fobs" that activate newly-installed electric locks across campus have spawned the new verb "to be fobbed," which covers a whole spectrum of irritations. We have to adjust to the reality of this security system. it's not going away; in fact, schools and colleges are all exploring opportunities afforded by similar new technologies. Mike addressed the phenomenon in Friday's assembly. 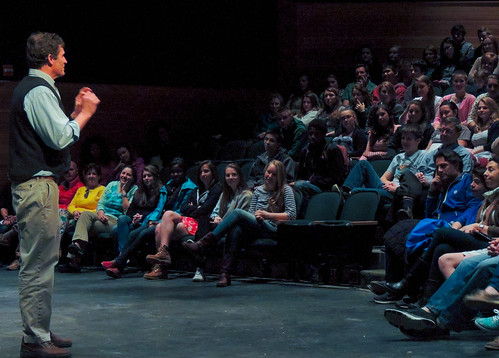 Perhaps, in the future, our heroes in the Technology office will break the bad news to me this way: "Chuck, your hard drive fobbed...."
Back
Date Posted
No comments have been posted
Tweets by @proctoracademy