6/2/2014
Everyone has been to graduations. They share some commonalities. Beautiful people pose for photos, commemorating this moment of accomplishment and transition. 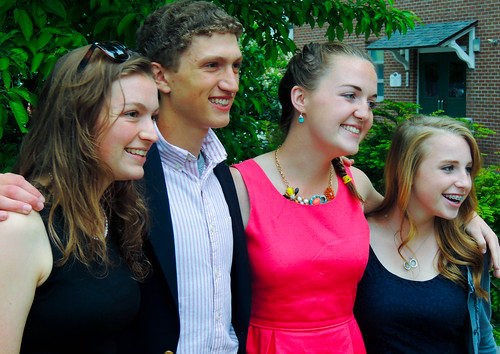 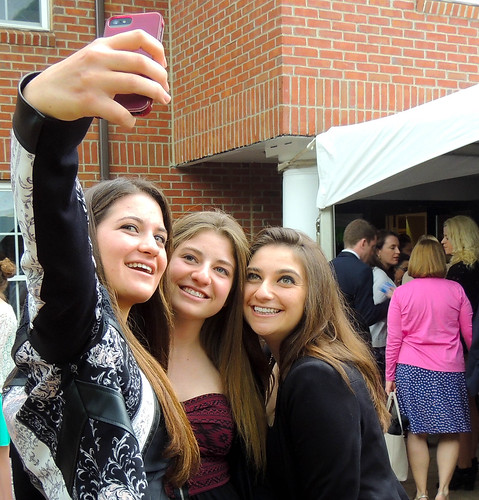 But Proctor graduations have a different quality, we are told, by hundreds of parents, siblings and friends. It's a tough thing to describe precisely. 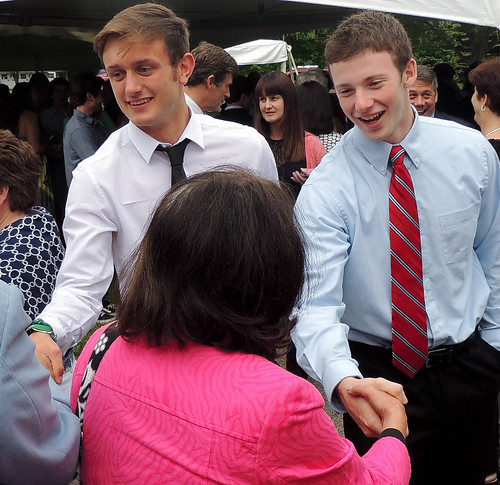 There's lots of talent on display, of course.... 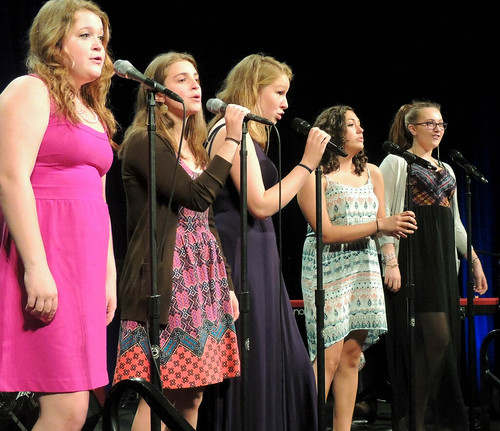 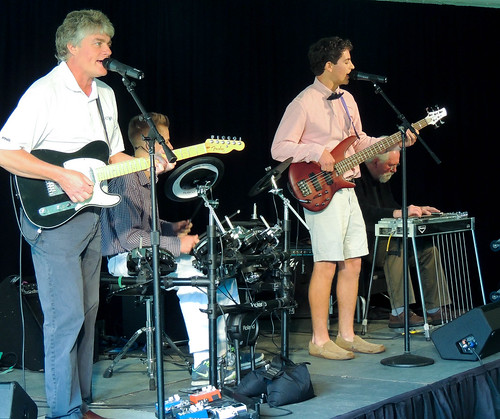 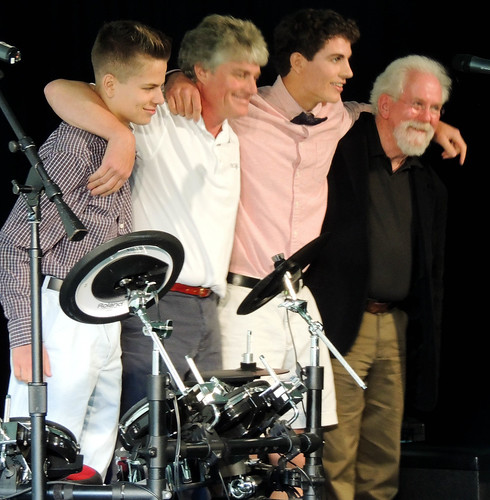 And graduates communicate a great deal of pride in their school. 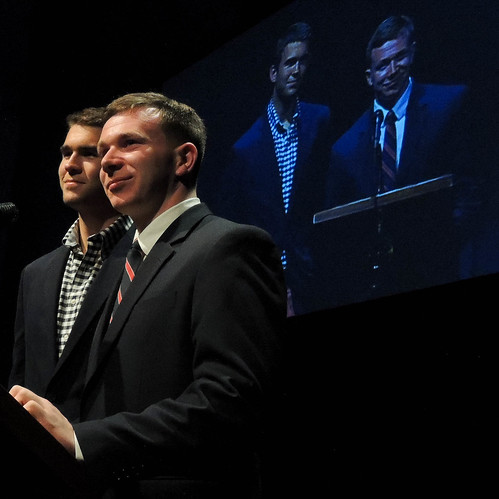 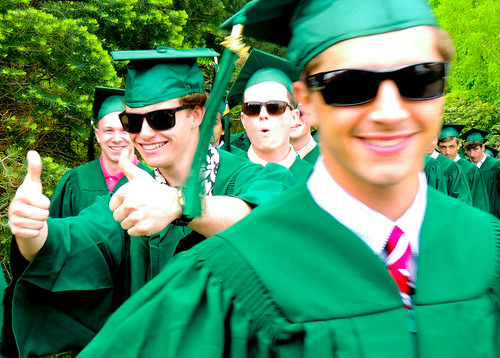 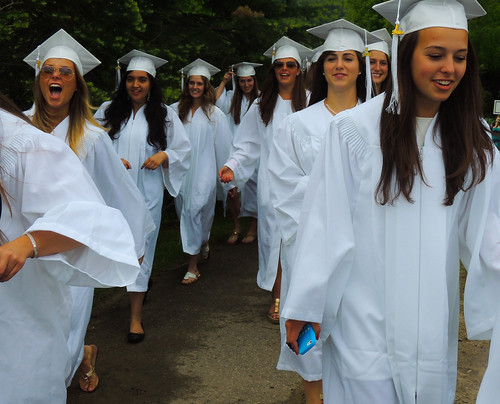 Our graduations are brimming with emotion! Below, JR White Hat '00 ties a sacred eagle feather into nephew Mark White Hat's hair, just as his father, Albert White Hat tied a feather into JR's hair when he graduated fourteen years ago. 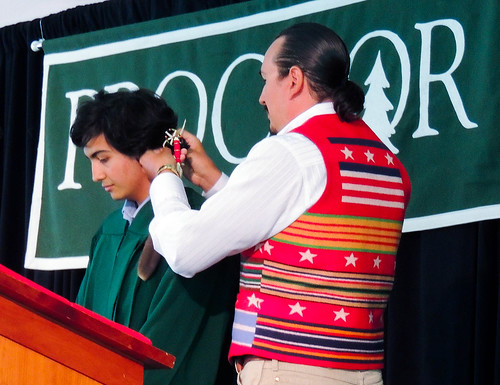 The quality of our senior speeches is over the top; they're well-constructed, smart, funny, and loving. Valedictorian Eli Pier--a young lady whose academic credentials could have earned her admission to any prep school--described the subtle-yet-pervasive vibe she felt on her admission tour three years ago. How could students at this school be so productive, while so at ease and happy? 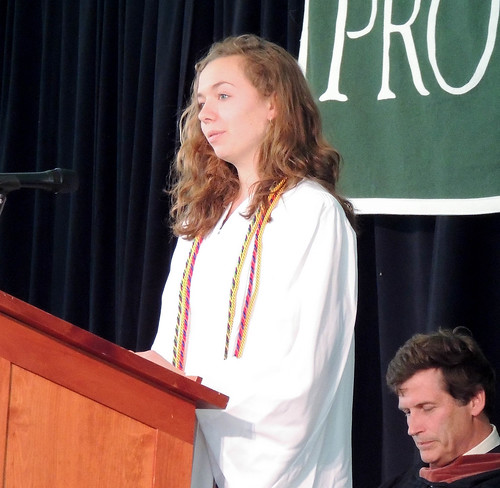 This was followed by a Commencement Address delivered by the extraordinary surgeon/author/leader Atul Gawande, in which he admitted to initially opposing boarding school for his son, Walker '14. 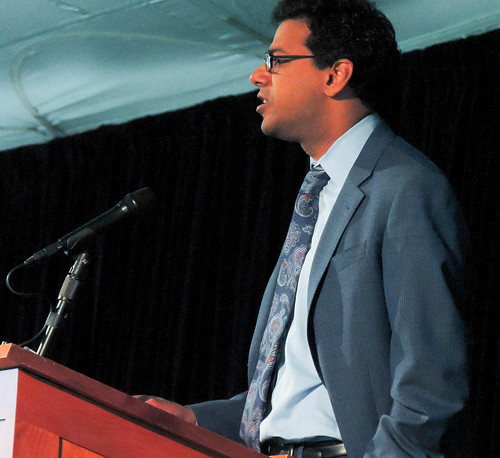 During Walker's admission tour, however, two adults--arts teacher Dave Fleming and science instructor Alan McIntyre--independently engaged him in personal conversations, asking, "What are your passions; what do you want to accomplish; whom do you want to become?" Their genuine interest in Walker as an individual was overwhelming. No one had spoken to Walker like this before. How could they resist this opportunity? Just ask some alumni! 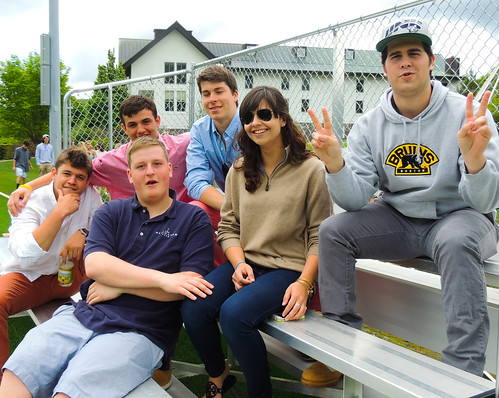 These insights--Eli's and Atul's--hint at the elusive difference that is Proctor. It's something unpretentious and real, personal, caring, and important. Flanking Sarah and me after we received honorary diplomas signed by Heads of School Mike Henriques, Steve Wilkins and David Fowler are two alumni who know...our daughter Mary '03 and son, Andrew '00. 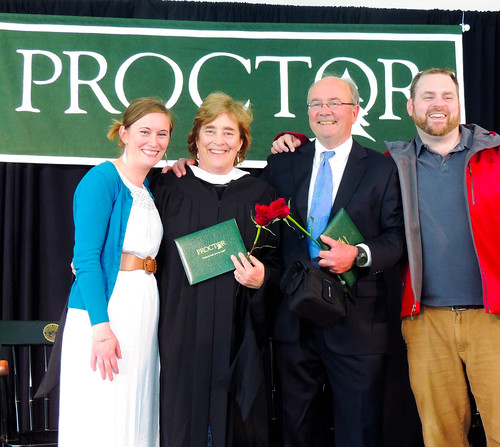 I have plenty of gratitude to dish out over the next few weeks. Let me start by thanking Patty Pond and the Boston Red Sox, for this: 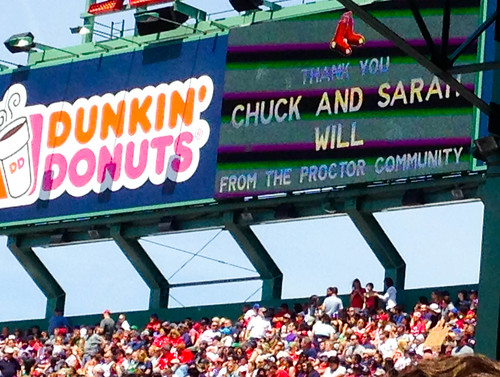